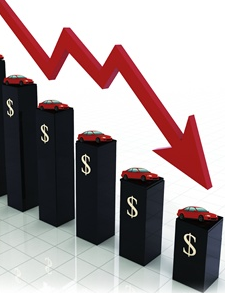 Depreciation deductions can be extremely valuable for a business. For example, in a recent court case, a federal judge ruled a company could begin taking its depreciation deductions for two buildings housing retail stores at a point prior to when they were “open for business.” The ruling allowed the company to show a loss for that tax year, which the company then used to offset income in earlier years and ultimately claim a total tax refund of over $2 million.*

Although this case involved a special 50% depreciation allowance made available by the Gulf Opportunity Zone Act of 2005, the fact remains that even regular depreciation deductions can significantly reduce a company’s tax bill.

If business property has a useful life greater than one year, the owner generally is prohibited from deducting the full cost of the property in the year it is placed in service. Instead, a portion of the cost may be deducted each year as depreciation. The depreciation rules apply to most types of tangible property, with notable exceptions being inventory and unimproved land.

Different schedules specify the proper depreciation calculations for different types of property. The most widely used schedules are set forth under the Modified Accelerated Cost Recovery System (MACRS). MACRS assigns property to a recovery class based on the property’s “class life.”

For example, office equipment is assigned to the seven-year MACRS class. Assume a business purchased a piece of equipment for $20,000 and placed it in service in 2012. The property would be in its fourth year of service in 2015. Applicable IRS tables indicate that the appropriate deduction percentage is 12.49% of the cost, so the business could deduct $2,498 for that equipment in 2015.**

As the above-mentioned court decision suggests, the date property is placed in service can be an important consideration. Though the IRS has specific definitions for different types of assets, generally, property is first placed in service on the date the taxpayer first places it “in a condition or state of readiness and availability for a specifically defined function.”

Because the definition is broad, taxpayers sometimes litigate how it should be applied to specific situations. In the decision mentioned above, the key issue was the “placed-in-service” date of two buildings that would eventually be used as building supply stores. The IRS had argued that the “placed-in-service” requirement meant that the buildings had to be open for business for retail customers. The court disagreed, however, holding that the buildings were placed in service when they were substantially complete and limited certificates of occupancy had been issued so that workers could enter the buildings to install necessary racks and shelving.

Businesses may be able to benefit from the tax law’s Section 179 provisions to garner faster write-offs for some of their asset purchases. Currently, businesses will be allowed to expense up to $25,000 of qualifying property placed in service during the 2015 tax year, with that limit subject to further reduction once the amount placed in service exceeds $200,000.*** In addition, a current deduction may be available for certain limited amounts paid for property that the business expenses for financial accounting purposes. We can tell you more about these “de minimis safe harbor” regulations.

Delerme CPA helps businesses minimize their tax obligations legally and depreciation is one of those tools that helps us minimize your taxes.  To service the Atlanta market, we have offices in Midtown Atlanta and Perimeter Center.  While we work with all types of businesses, we have additional expertise in hotel accounting, restaurant accounting, and international taxation.